Welcome to my BLOG. I post my weekly comic strips here and other articles about comics and cartooning, mostly. There's some miscellaneous pictures in the earlier posts. My "business card" website is RELIABLECOMICS.COM. I also operate GLUYASWILLIAMS.COM. Look around.

I made a list of ten comics I read in 2009 and it's posted on reliablecomics.com.

I made a lot of changes to Reliable Comics to make it more of a blog/e-comics deal. For the next month or so there'll be daily postings of all the past Danny Dutch comic strips broker binary option (I renamed the strip to Reliable Comics' Laugh Menu because there's a dude on flickr named Danny Dutch now and his updates are screwing with my Google Alerts, and the strip's more of an ensemble thing anyhow *making a smug Hollywood face*) and I'm going to put as much of my other comics and drawing junk on there as I can get around to. So check it out and post some comments and subscribe to the RSS feed and buy comics from Sparkplug. From now on I'll only use this site to share Hulu clips and lettering samples.

This image sums it all up:

Venus in Furs in Supertrash in Pittsburg 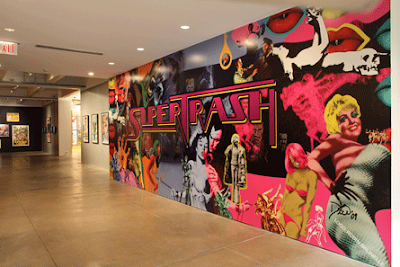 I saw this posted on Fantagraphics' blog yesterday, and pal Tom Neely also mentioned it today. A picture of mine is in the Supertrash show at the Andy Warhol Museum in Pittsburg, you can see it there in the bottom photo, second from the left, or just below this sentence.

I also echo Tom's sentiments: "I have very little information about what's going on with the show, but it will be up from October 17th through January 30th" and "I stole the above photos from the Fantagraphics blog. binary options trading platform "

Welcome to my BLOG. binany trading I post my weekly comic strips here and other articles about comics and cartooning, mostly. There's some miscellaneous pictures in the earlier posts. My "business card" website is RELIABLECOMICS.COM. I also operate GLUYASWILLIAMS.COM. Look around.